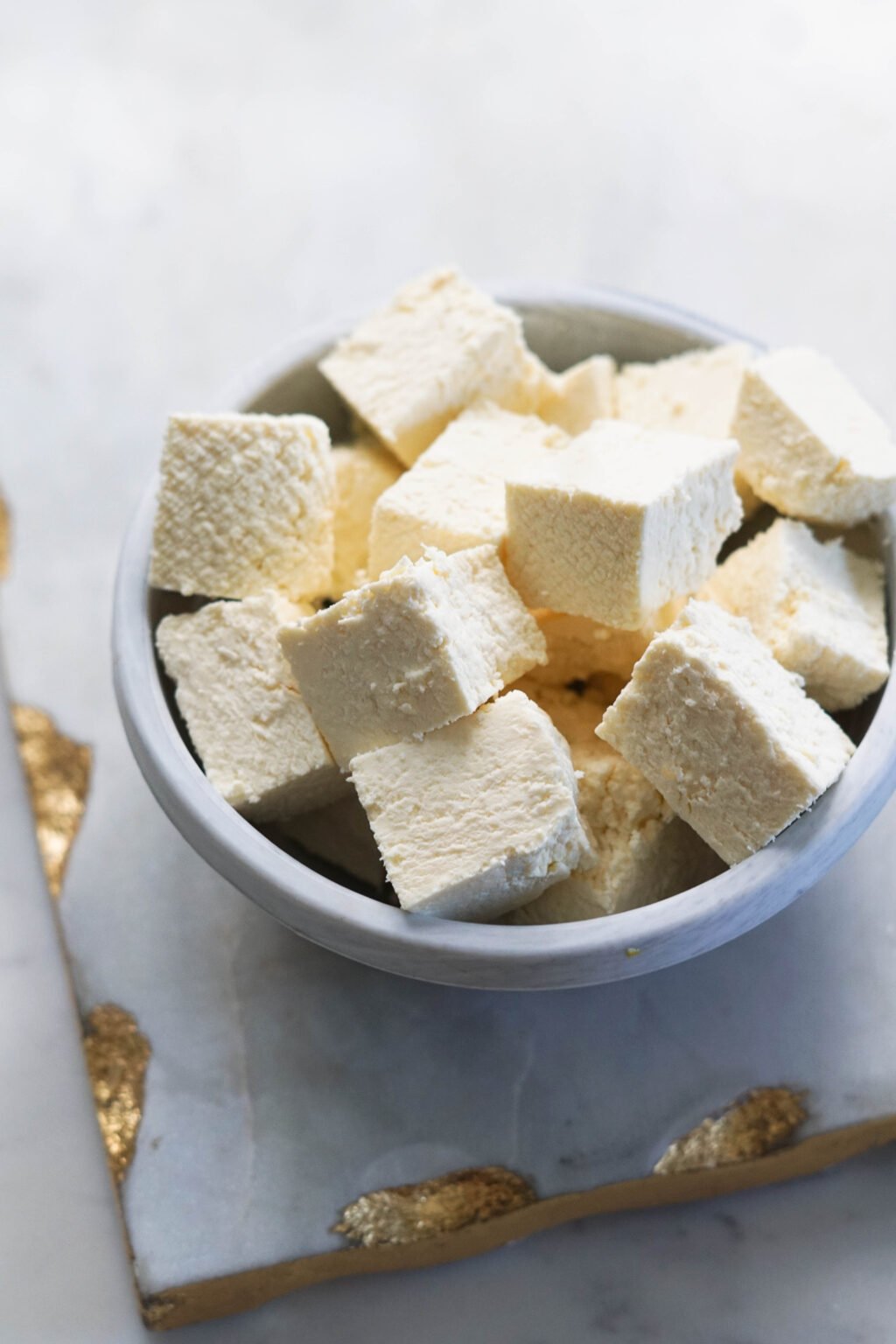 Paneer is an Indian cheese used in many popular paneer recipes such as Palak Paneer, Paneer Tikka and Paneer Bhurji.  It can also be used in a variety of Indian Fusion dishes such as Jalapeno Paneer Tacos and Chili Paneer Noodles.

Paneer is an absolute love for me, and I wanted to give some perspective from an Indian cook as I see many blog posts on this from people who are not familiar with Indian cooking, which leads to misleading information and advice.

Particularly, I’d like to note the types of recipes in which paneer substitutes can be used in a pinch.

I always say there is no absolute perfect substitute for any ingredient, but I think we can get close to one for paneer for when you are in a pinch and looking for a quick alternative.

Other substitute ideas for Indian cooking that may be handy in a pinch include Gram Flour Substitute, Ghee Substitute and Kashmiri Chili Powder Substitute.

Paneer is very easy to make.  Homemade paneer can even be made in an Instant Pot!

All you need is whole milk and vinegar or lemon juice. It is made using cow’s milk.

What makes a good paneer substitute?

A good paneer substitute includes many or most of the characteristics of paneer:

Paneer is a very versatile ingredient used for both sweet and savory dishes in Indian cooking. Additionally, paneer can be:

So, What is the Best Substitute For Paneer?

What is the Best Substitute For Paneer?

The best paneer substitutes in a ratio of 1:1 are queso panela, queso blanco, and firm or extra-firm tofu (for a vegan option). Ricotta cheese works very well as a substitute for paneer in some Indian desserts.

Above I have made Matar Paneer (right picture) and Matar Panela (left picture) using panela cheese.

It is important to note, I only used animal rennet free versions of the cheeses below to test. A cheese with animal rennet may produce slightly different results.

All the types of cheese I bought from stores have salt.  Paneer is not usually made with salt.  Account for that in the dish you make.

Mexican queso panela is a semi-soft cheese made from cow’s milk. Panela is basically paneer with salt.  It tastes the most like paneer and is an excellent option for a substitute.

It is known as a basket cheese.

A key difference I noticed is that it doesn’t seem to be pressed to form as firm a block as paneer, but it is very close.

Similar to paneer, panela can be baked, fried, or grilled. A great paneer substitute.

Farmer’s cheese is a non-aged, mild cheese.  It is made of cow’s milk and similar to paneer, is made using only milk and vinegar (or lemon juice). “farmers cheese” which I think is just a fresh (non-aged) slightly firm cheese

A key difference is that farmer’s cheese is not pressed like paneer.  This results in a softer cheese.  I found the one I tried (brand: Friendship) had a consistency almost like whipped cream cheese.

Its consistency would not hold in savory Indian dishes which require cubes, it would melt.

I have often heard of halloumi commonly referred to as a paneer replacement.  I think it can work, but the taste is not as close to paneer as queso panela.

Paneer and halloumi are not interchangeable, although they can make good substitutes for each other in a pinch. The main difference is that paneer is a high-acid cheese and halloumi is unique for having almost no acid in it at all. Either end of the acidity spectrum (high or low) helps to prevent cheeses from melting.  Halloumi has a high melting point, allowing it to be used for frying, grilling, etc.

This is the paneer alternative I grew up using most often.  It helps to make many dishes a little healthier, still provides protein, absorbs flavor well, holds up to cooking/grilling, and can be crumbled. I use it most often to make Palak Tofu or Matar Tofu instead of Palak Paneer/Matar Paneer.

While it offers a great vegan paneer replacement, but of course does not taste exactly like paneer.

Make sure you press the tofu well to drain it of water before using. Firm or extra firm tofu works best as a great substitute for paneer.

On the surface, ricotta cheese is not like paneer.  It has a wet, crumbly texture and can’t be used in any popular savory Indian dishes.

Ricotta cheese can, however, be used as an alternative ingredient to give similar properties to paneer in a few popular Indian desserts such as Ricotta Cheese Peda or Kesar Peda.

Queso fresco means fresh cheese.  It is a cheese made from cow’s milk used in Mexican and other Latin American dishes. It is a mild, soft cheese that crumbles easily.  It usually has a rennet which adds to its crumbliness.  However, I did find an animal rennet-free version.

It also has salt, which paneer does not.

Since it is so crumbly, I think it is only a good substitute for paneer when making something like Paneer Bhurji. But, watch out for the salt in your recipe.

Queso Blanco means white cheese and is a creamy, fresh, non-aged cheese. It is made from milk and an acid (vinegar or lemon juice) just like paneer.  Mexican queso Blanco can work as a substitute for paneer cheese, although it is not a perfect match.

Twarog is a soft white cheese. It is made through a process of culturing resulting in a semi-firm block.

Some twaróg are firm but usually nowhere near as firm as homemade paneer. The taste is also unique and different from paneer. It is also hard to find in grocery stores.

Mozzarella is an Italian cheese with a mild flavor. Mozzarella and paneer are not interchangeable.  The taste and consistency are different. They can both be formed as blocks but the structure of paneer is slightly crumbly and mozzarella forms strings or strands.

I do think using mozzarella in the place of paneer in palak paneer would be delicious, however, it would not exhibit the same qualities as paneer.  It won’t absorb flavor and it can melt.  It could be tossed into the spinach gravy and heated lightly at the end.  Again, I just think it would be delicious but not a good substitute normally.

When I think of feta I think salty and crumbly. It is made of sheep’s milk or sheep’s milk with goat’s milk. While I don’t think this is a perfect substitute for paneer, I think it works well for a very popular Saag Feta recipe on Bon Appetit.

Feta is much sharper and saltier than paneer.  It does hold its shape when added to dishes.

This comes down to personal preference, but I would not recommend it as it does not work in all Indian dishes.

The texture and consistency of cottage cheese are too loose and watery, so it does not make a good alternative to paneer.

Ok, don’t be mad I lumped all these together.  But if you know paneer, can you believe these are even on the list?  I had to include them as I saw them on other posts.

I am all for experimenting, but I these are not good substitutes for paneer.

In summary, the best substitutes for paneer I have found are queso panela, queso Blanco, tofu (vegan substitute), or ricotta (only for some Indian sweets). 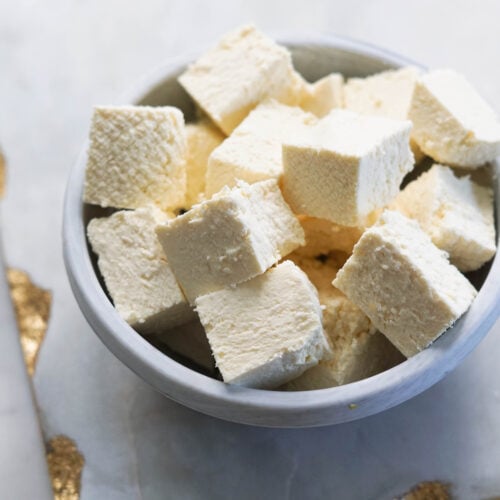 There is no absolute perfect substitute for any paneer, but I think we can get close to one for paneer that you can use in a pinch. Homemade paneer can even be made in an Instant Pot! 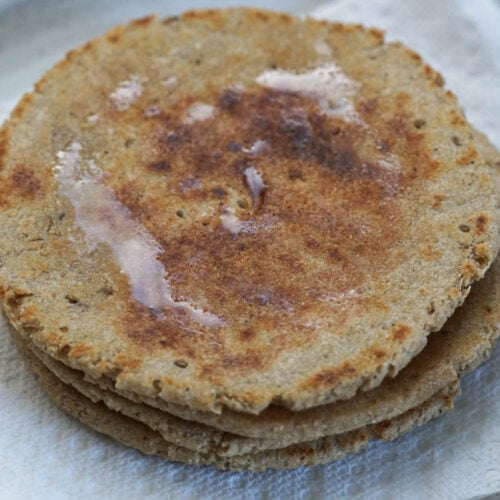 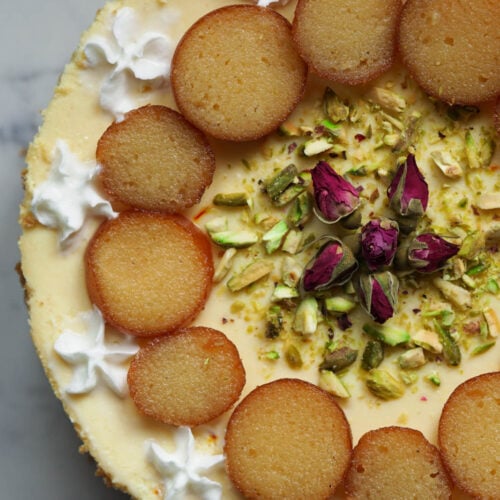 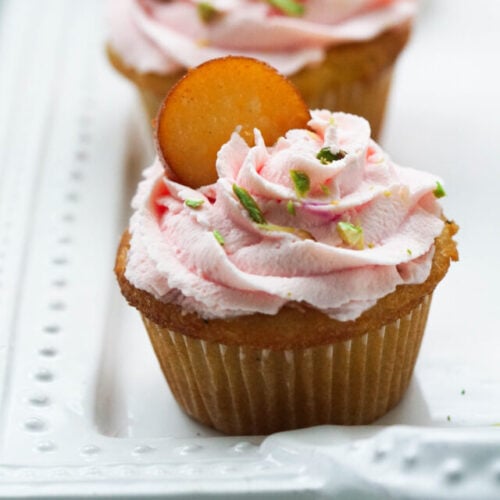 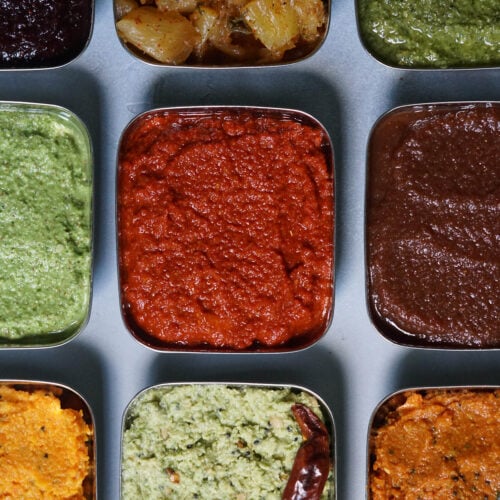 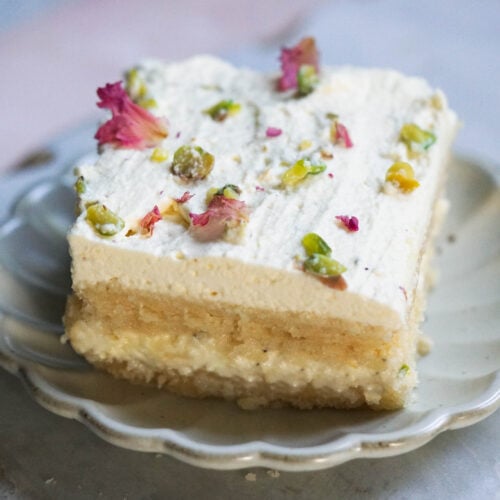 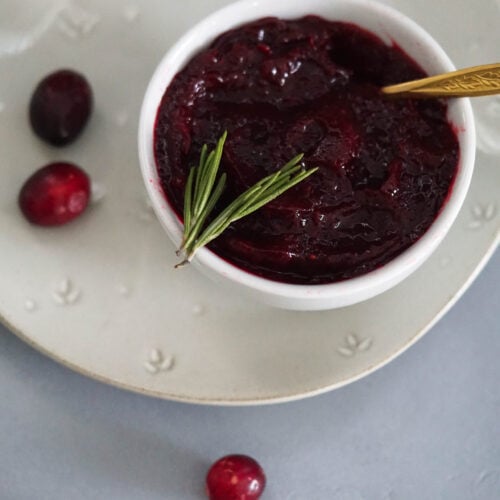